Article based on an interview with LC Madrid Board Members
Authors: Emina Sikira and Zehra Sikira

Imagine the situation: 3rd of May, 1986, 33 different families sitting around the table and attending the final meeting of Congres or as we may say founding meeting of EESTEC in the Peace Palace in The Hague. Now upgrade your vision with wisdom, style, and brave hearts. Maybe, but just maybe, now you'll be able to even imagine what the first EESTEC Congress (27th April-3rd May, 1986.) had looked alike.

Gathered around the same causes, driven by the same desires, they strived for the nothing beyond excellence. Of course that during all of this time, there were ups and downs, some families even terminated their existence, but EESTEC succeeded in remaining strong and moving forward.

One of the „Founding fathers“ of EESTEC was the todays' LC Madrid too. In a conversation with their newest board, we've found out many interesting things about both LC Madrid and  members of it. Through the years they've advanced on so many levels by organizing around 90 events in total, including even the three EESTEC Congresses (1992.; 2005.; 2015.). But,  there's a small catch around LC Madrid. EESTECer over there couldn't be just everyone. Actually, to be a member of LC Madrid, you need to be a part of Intercommunication School, so basically all of their members are respectable members of academic community by being intercommunication or biomedical students. Like every other royal family around the world, they're well connected and in constant collaboration with all the other families in EESTEC. Obviously, they've managed to motivate and inspire their members since some of them even work for the EESTEC International Teams.

Usually when you have a small group of people willing and  to lead all the others and motivate them in order to make something incredible all together, you're having a safe shot. It's the same with todays' LC Madrid too. Thus, they have 5 person board (Chairperson, Vice-Chairperson, Secretary, Treasurer, and Contact Person). All 5 together, as a team, are the safest shot ever, because even though they're somehow totally different characters, in general they're all just pieces of one puzzle, which complete one each other perfectly. Creative, sincere, cheerfull and full of energy they want to show and give the best example to their members.

Motivate them to spend more time around EESTEC in order to gain more knowledge and friends, inspire them to improve themselves and set higher goals, show them what a true, well-bounded family like EESTEC is and that as a member of it you always have safe zone. 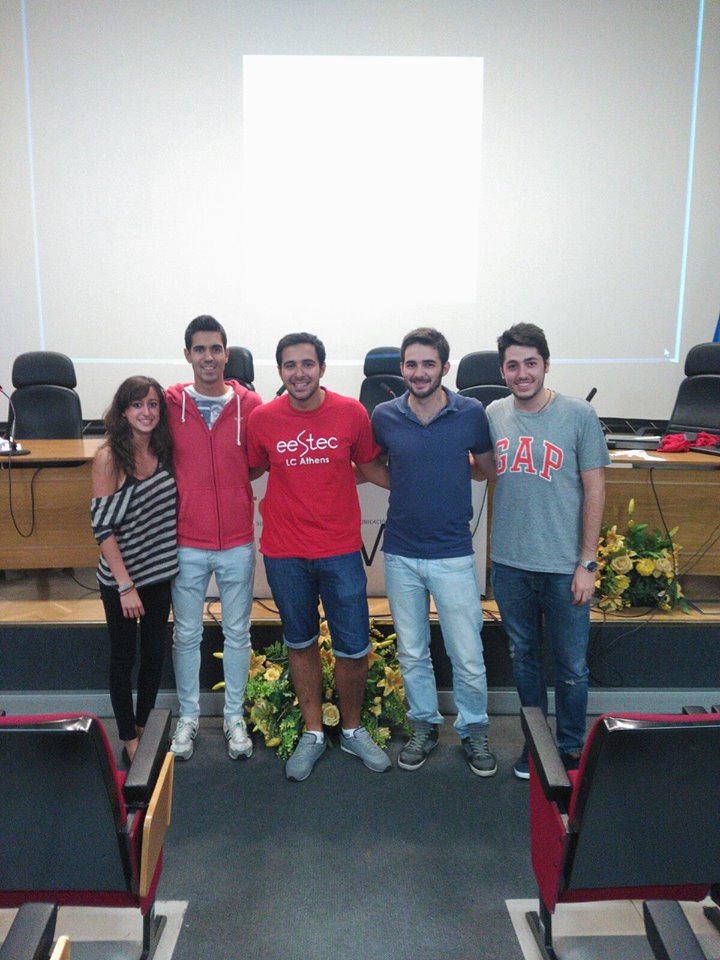 But, you know, and definitely they know too, that being perfect is kind of a boring, so they've managed to crack things a little bit (HINT: Take care of their Chairman on your international events, he's well known as a flag stealer). Also even though they enjoy dancing and feel it as true joy, they don't have their LCs dance, like some of the others as LC Istanbul, LC Buchurest, LC Lille or LC Krakow.

For some it is improvement, for the others feeling like a home, or even just leveling up in English, but even the feelings and thoughts when they hear EESTEC are different, they really work hard to be remembered as an example of a goal-oriented board, doing all their task efficiently and on time.